In 2017 I was commissioned by Time to Read (funded by ACE) to create a new work that would mark the 200th Anniversary of Jane Austen’s death. After spending some time with the archives at the Jane Austen’s House Museum in Hampshire, what really stood out for me was her prolific letter writing. The letters were a social commentary of life at that time, filled with both the small details and the gossip, honest and quite brutally funny in parts. So much so that after her death one of her family members destroyed most of the letters leaving us with only a handful.

Everybody is aware that in a short space of time letter writing has become virtually obsolete, why write a letter that takes days to arrive when you can send an email in seconds? However, the more I researched the history of letter writing the more I realized we have altered the way we archive our lives. Handwritten letters are often kept, reread and treasured, whereas emails are more throw away, it’s highly unlikely that we will print them out and cherish them.

I decided to make a new work that would actively collect letters that marked the minutia of life in 2017, a new archive. I created the Traveling Letter Exchange that would tour to all 22 regions of the North West and invite people to write me a letter that told me about the small details of their daily lives.

Amongst the letters received was a letter from a man in Blackburn staying at a homeless shelter. Although many of the letters were personal this letter was so honest that it stayed with me. I had also worked in the past with charities that worked with ex-military personnel with PTSD and I wanted to find some way to try and put him in contact with a support network. Unfortunately, by the time I received the letter, he had moved on from the homeless shelter he was staying so we had no way of finding him. However his words stayed with me and I couldn’t help but think about how seeing his experience written down could challenge peoples preconceptions about people experiencing homelessness and speak to the lack of empathy and understanding of other people’s experiences that is so prevalent.

The best way I knew how to elevate his words was to create it into an artwork in its own right. I submitted ‘That’s Why I Walk’ for the Royal Academy of Arts 250th Anniversary summer show curated by Grayson Perry. The work was selected for Grayson Perry’s room and hung with other works that had political or social commentary narratives, next to Banksy’s ‘Vote Love’ piece. I didn’t put the work for sale at the exhibition as they aren’t my words to sell, but I did want to take the story that he shared and show it in situations that might elicit a change in how somebody thinks. The work is now housed with The Museum of Homelessness. 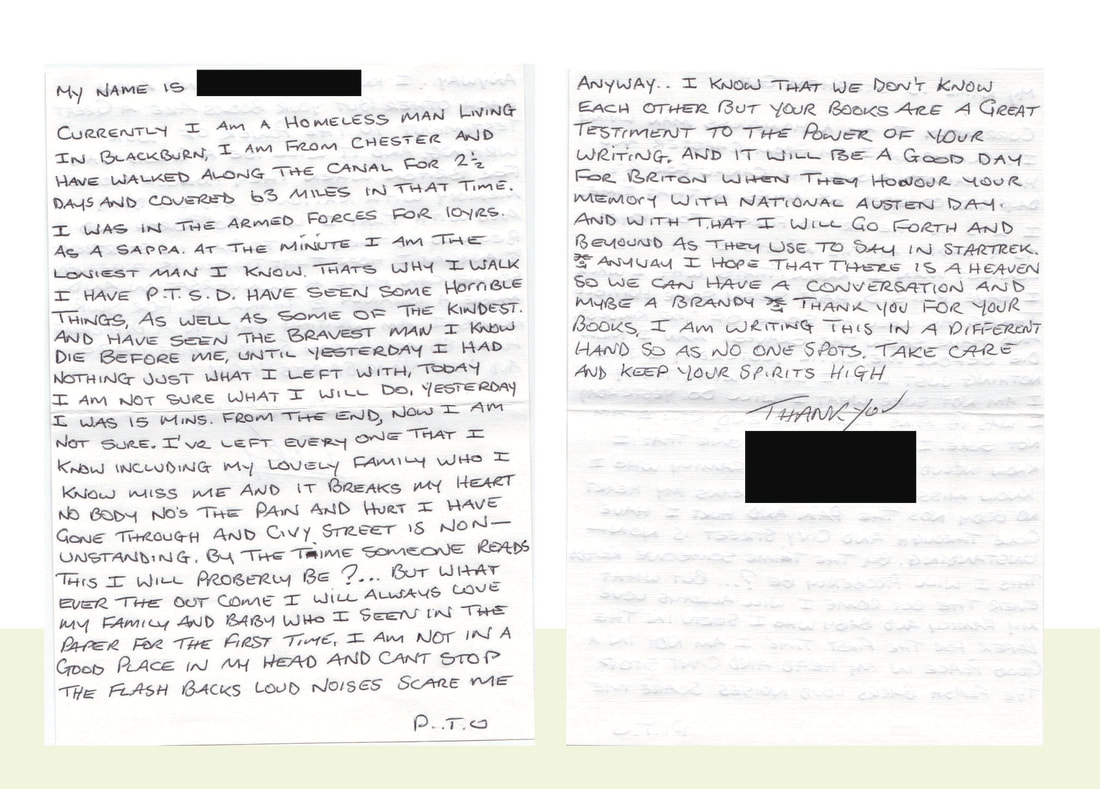